6 Secrets to a Lush, Green Lawn!

It’s still winter-spring officially begins March 20—and heavy snowfall predicted this weekend is a reminder that despite the change in season, March is historically Colorado’s snowiest month.

Here are a few things to keep in mind as we head into this snowy weekend.

Be safe. Got toppled plants with downed wires? Assume that any wire is energized and do not touch it. Contact local utilities to check it out before approaching it. If it is posing an immediate hazard, contact emergency services.

Click “DO IT FOR ME” to request a FREE quote.

Source: customer-service@bestyard.com in collaboration with Associated Landscape Contractors of Colorado 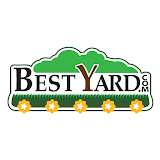 6 Secrets to a Lush, Green Lawn!